skip to main | skip to sidebar

Have u ever think about it? why do we always let bad boys trample all over our hearts, while we crush good boys under our heels..herm..in my opinion, no self-respecting gurl would ever date a guy who never respect gurl..unless she's crazy to let that guy to ruin her life. I'm not talking bout bad boys in the criminal sense of the term la..i'm talking bout that guy who charts his own destiny without worrying about societal customs or traditions. He lives by the law but not the rules..and somehow, it make him look attractive beyond the power of mere charism. isn't it weird? for me la..this is the kind of guy who refuses to kowtow to his boss juz coz he's his boss, or his father juz coz he's his father. He's a guy who flirts shamelessly and trades kisses with anyone who cares to barter. Practically, any gurl who has had the pleasure of dating a bad boy will tell u that no good boy can give the same feeling of being hopelessly in love. Owh, how come they feel like that kan? for sure I like good boys well enough since they are polite and stable and gentlemanly and all that la..Her..if i fall in love, i want it to be with helpless abandon, a dizzying ride of highs and lows over an ocean of heart-bursting happiness and heart-breaking misery. That is the kind of love and man you'll never forget. If we made our decisions with our minds instead of our hearts, I dont thing we'll have any doubt that we'd choose a good boy every single time. But we dont, do we??? Our hearts say 'love the bad boy,dear' and we juz listen to it, all the while with our minds telling us to stay away from him..huh, human being..rite?? in every situation where a decision i reached by rational thought instead of emotional impulse, the good guys win. but if it is a question of a passionate, adulterous love, the bad boys win every time. strange, isnt it?? however, bad boys do not remain bad boys forever..once the rebel within is quelled, they often turn out to be very staid and responsible men. So, dont dump your bad boyfriend juz like that after read this post, k!! or your boyfriend will kill me after all..hahaha.
Posted by efaienazack at 4:36:00 AM 1 comment:

welcome to my life.. 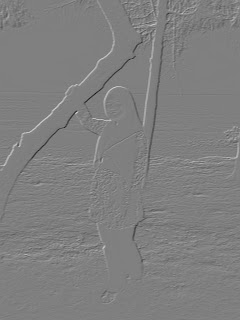 hye there!! welcome to my life..I hope I will be one of the best place where we can talk and share all the topics and problems together..eventhough we dunno each other, hopefully it will not be the reason for us to stop sharing the usefull topics or knowledge. juz remember 1 think when you are with me..i'm juz a blog!! so, dun hesitate to share anything with me coz U CAN TRUST ME..^_^

Let me introduce myself..my name is efaienazack..or u can juz call me syaz..simple huh?? ok la dat's it for now. hah, before that, since I'm a malay, so I hope u'll not mind if i speak in malay as well..but i'll try my best to keep talking in english..so, dun worry!!hehe..ok la...dunno what to say..juz njoy your journey with me k. daa~

p/s: the best way to prepare for a life is begin to live..=)

Me, myself and my world